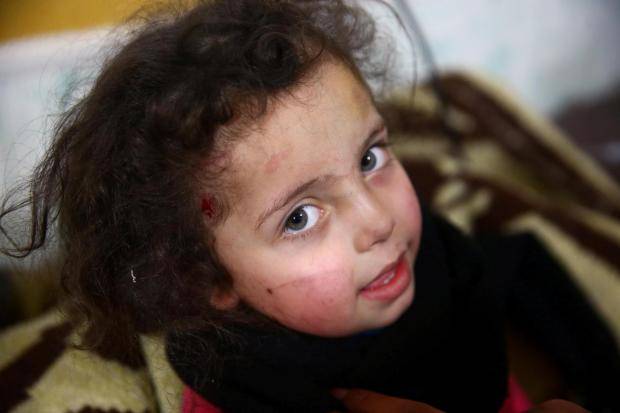 Russian promises of a five-hour halt in the ferocious Syrian government assault on the besieged rebel enclave of eastern Ghouta appear to have come to nought, with residents and monitors reporting a short lull in fighting before warplanes reappeared.

Tuesday was supposed to see a pause in the 10-day-old assault on the rebel-held suburb of Damascus, from 9am to 2pm, ordered by President Putin – key backer of the Assad regime – the previous day after both sides refused to observe a UN-mandated ceasefire agreed on Saturday.

Both rebel factions and the Syrian army blamed each other for shelling targeting humanitarian corridors out of the besieged area, designed for medical evacuations and aid deliveries.

“Clearly the situation on the ground is not such that convoys can go in or medical evacuations can go out.”

Hundreds of people have been injured and a staggering medical facilities hit by air strikes as Syrian President Bashar al-Assad steps up the onslaught ahead of what is anticipated to be a final ground assault to crush the rebel enclave once and for all.

The current assault is one of the most bloody episodes in the entire seven-year-old war.

Many families are taking shelter in basements and makeshift tunnels.

Ghouta is one of four supposed de-escalation zones created in a May 2017 agreement brokered by Russia, Turkey and Iran to quell fighting between rebel forces and the regime.

The Damascus suburb has been besieged by government forces for years and was also the scene of a sarin and chlorine gas attack in 2013, one of the worst chemical incidents in modern history.

Rebel infighting is rife, and the Syrian government says it controlled by factions allied to extremists groups such as al Qaeda – who they are targeting in the current assault.

In recent months, however, Mr Assad’s government has tightened the siege, leaving its 400,000 civilians struggling with dwindling food and medical supplies. At the same time, it has stepped up the military campaign.

The tactics echo several other battles in Syria's war, including Homs, Daraya and Aleppo.

Russian ambassador to the UN Vassily Nebenzia said last week that the international community was suffering from “mass psychosis” over the situation in eastern Ghouta.

“Global media outlets acting in coordination, disseminating the same rumours in recent days, in no way does anything to help improve understanding of this situation,” he told the Security Council.

Russian Foreign Minister Sergei Lavrov said on Tuesday that Moscow would press on with the daily pause plan to allow aid in and the injured out.

The UN has repeated a call for all sides to abide by the full 30-day ceasefire demanded by the Security Council.