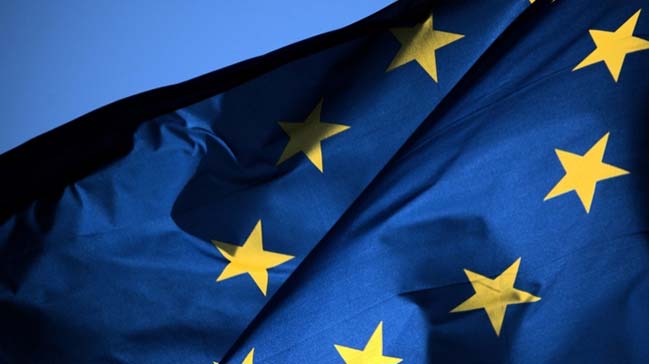 Once there was a widely used “caps” form. It used to satirize the gap between what was real or actual, and what people with different outlooks saw. It made fun of such perceptual differences by, for example, putting three captions on three different photos: “what my mom saw… what I saw… what really happened.” It doesn’t seem to be “in” any more.

In broad outline, what they saw, and see, is something like the following: “The Gulenists, through their members in the military, launched a terrible coup, even risking a bloody civil war. The entire country resisted this coup attempt through all its politicians, media, police, and most significantly its ordinary people from all political views and walks of life. The coup’s success would have been disastrous for the whole country. Faced with this threat, we as both the government and the opposition had to unite by putting aside all our much more mundane political differences, and that is precisely what happened.”

But then something weird happened. What the two “hitherto polarized blocs” of the seculars and the conservatives came to see as the same picture of Turkey on 15th July, the West now saw (or wanted to see) through a highly distorted, photoshopped “fake” picture served up by the Gulenists.

For its part, this other picture went roughly like this: “The Kemalist army rightly wanted to topple Erdogan who had been oppressing the secularists, supporting Jihadist organizations like IS, suspending law and democracy, marching down the road of establishing an authoritarian and oppressive régime, and aspiring to being a sultan. The vast majority of the people was wishing and hoping for the coup to succeed. looked forward to the coup’s success. However, Erdogan’s Islamist or jihadist supporters took to the streets and prevented this pretty little coup from succeeding.” According to another version that became convenient when the coup failed, “this coup had been ‘staged by Erdogan’ to consolidate his régime.” Now, “using the coup as a pretext, Turkey’s oppositional secularists and moderate, pro-West Islamists were being arrested, tortured, or laid off. As a result of the failed coup, Turkey has fallen into an abyss. Erdogan has won, but Turkey has lost.”

Such reluctance on the part of a major portion of the West to oppose the coup, this attitude of almost regretting the coup’s failure going hand in hand with a kind of cold detachment from the celebrations of democracy taking place in Turkey, came as a surprise for many secularist politicians, journalists and writers. Many highly popular secularist commentators gave vent to their surprise and disappointment in their columns or on their television programs.

The conservatives, on the other hand, had long seen this coming. They had already found it difficult to believe the gap between what they personally saw and experienced, and what secularists inside and the Western media outside the country perceived. After July 15, the secularists also experienced a somewhat similar feeling. Even more awkwardly, as happened with TUSIAD (the Turkish Industrialists’ and Businessmen’s Association) as well as some journalists, the secularist bloc had to spend some time and energy to try and explain to foreign public opinion just what July 15 had been about.

The interesting point is that the secularists have themselves contributed to this seemingly “incomprehensible” Western attitude — at least as one if not the only factor. It has to be said that the secularists’ endless fears of “religiosity” and rigid anti-Erdogan stand (which peaked during the Gezi events) constituted a lens which bent and shaded reality in informing the West about Turkey. This “truth” about Turkey and Erdogan that was relayed at the time by secularists to the West has had its share to play in the West’s current regrets about the coup’s failure.

It has always been Turkey’s (now old) elite, that is to say the secularists, who have had close and continuous relations with the Western media, academics, and NGOs. For information, opinions, statements and articles, it is to members of this secularist network that Westerners have usually turned. Hence it is, that an overall picture of Turkish events and developments has been relayed to the West mainly through their filters and lenses. During those same years the AKP was comprehensively lacking in the field of the PR activities needed to inform the rest of the world about its position, outlook and policies, to explain things and to build support for itself; it simply did not have its own means and channels for this. This is why the support extended at the time to the AKP by some non-Kemalist secular intellectuals (mistakenly referred to as “liberals”) had a critical impact, contributing to the West’s early sympathy for AKP and Erdogan.

As for the faithful, it was only the Gulenists who had any means, channels or network of communication and interaction with the West at their disposal. They were the only Muslim element who best knew the West, who felt at home in the West, and who were capable of playing by Western rules and institutions. During the early years of the struggle against military tutelage, alongside the non-Kemalist secular intellectuals mentioned above Gulenists, too, played an important role alongside in counter-balancing, indeed over-riding, the image of Turkey image that Kemalist secularists were trying to impress on the West. At the time, the AKP hugely benefited from these two groups’ PR support.

But once most non-Kemalist yet secular intellectuals shifted from one side to the other after the Gezi events, and then as Gulenists came out into the open as sworn anti-Erdoganists (thereby transforming themselves into FETÖ, Fethullah Gülen’s Terrorist Organization) with the December 17-25 (2013) events, as a result of these Gulenists’ all-out efforts both at home and abroad to win the hearts and minds of the secular world, the Turkey and Erdogan image transmitted abroad albeit through different channels began to merge into a single dark and horrific picture. It was this photo, far removed from reality, and appealing to all the West’s prejudices and ancient dogmas, that entailed a very distorted version of “what actually happened.”

Thus it should not have been at all surprising that “what really happened,” as jointly seen and directly experienced by conservatives and secularists alike, should contrast so drastically with what the West perceived as a distinctly different picture. It certainly was not the only reason why the West saw and transmitted such a different picture from what really happened (it being also the case that this was the picture they always wanted to see or paint). But all the same, it, too, was significant.

In spite of being in power for fourteen years, those conservative-religious masses that constitute the power base of the AKP have yet to be able to go beyond formal, official relations with the West so as to establish an effective and widespread communication and interaction network with it. After all that they had to live through in 2013, they have grasped the problem, but not done enough, and not with the requisite refinement, to overcome it. Compared with the past there has been some improvement, but as dramatically demonstrated yet again by all the difficulties experienced in reaching a global public after 15th July, such efforts have been pitifully small and inadequate.

In the wake of 15th July, conservatives and secularists are united for the first time in a very long while in beholding more or less the same picture of Turkey, which means that they also share the same irritation and indignation that what the West sees is an altogether different one. This joint vision may, perhaps, constitute a good beginning point for Turkish society — which has seemingly lacked a social contract for quite some time. Starting from the common reaction against 15th July, and from, now, a shared image of Turkey, we might manage to draw up a new social partnership contract.