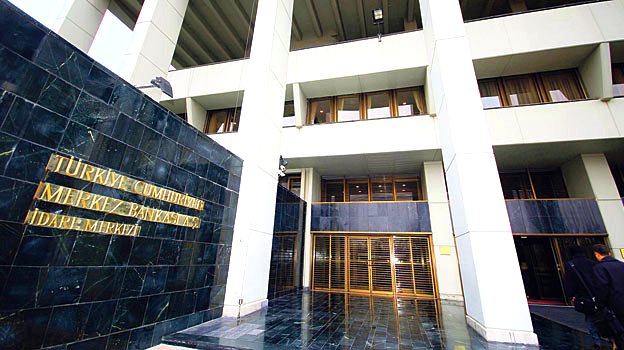 The rapid growth of the Chinese economy is ending in tandem with the period of shrinkage or stagnation in the U.S. economy. When this is considered along with the seemingly permanent decline in raw materials and energy prices, we firstly understand why liquid capital is returning from the periphery to the center. The Western world does not seem to have overcome its basic problems yet and it appears that the West will progress in small phases and even sometimes experience turnarounds, rather than a rapid recovery. One of the concomitant results of this is that the U.S. Federal Reserve's (Fed) interest rates will not be able to exceed inflation so easily and it will take time to achieve targets. Meanwhile, emerging markets are under the pressure of the capital moving to the center and the assets sales of countries that generate less income from raw materials. This trend will slowdown and reach a balance in the not too distant future.

This being the case, the most attractive markets for rational investors who have long-term plans seem to be emerging markets, which get the best of the decline in raw materials and energy prices. Even though Turkey stands out as one of the most attractive emerging markets, it seems that some investors are hesitant and confused about the country. They are right in their hesitation and confusion, as they want the future to be predictable within reasonable bounds and they have difficulty predicting the future concerning Turkey's circumstances. This is not because Turkey does not know how to move in political and economic terms or that it has debates that do not lead to certain results. Quite the contrary, the government has a clear program. Integrity has been ensured in economic administration under Deputy Prime Minister Mehmet Şimşek and structural steps have been settled on a realistic ground with the assignment of Lütfi Elvan as the deputy prime minister in charge of reforms. Furthermore, Turkish politics is obviously on a quest for a new constitution that guarantees rights and freedoms, realizes the logic of the rule of law and complies with international norms in terms of the supervision of checks and balances. It is no secret that President Recep Tayyip Erdoğan and Prime Minister Ahmet Davutoğlu see eye to eye on this topic, as confirmed by their meetings. The objective is to reach the 2019 elections with a new constitution and a new government system if it gains acceptance.

However, those who view Turkey from the outside have difficulty buying this positive picture and, as I stated above, they are not at all wrong. This is because economic and political speculations about the country create confusion. There are rumors in the economic sphere that the Central Bank of the Republic of Turkey (CRBT) will play a more passive and dependent role in a possible presidential system. In the political realm, the rumor has it that the Justice and Development Party (AK Party) will hold an early election to leave small parties below the election threshold.

Frankly speaking, both expectations are unfounded from the perspective of AK Party management. There is not a causal relationship between a presidential system and a central bank. Irrespective of what kind of a government structure there is, it can create either an autonomous or a dependent central bank at will. So, although a government can restructure the corporate position and administrative connections of a central bank with a new system, it cannot intervene in the autonomy of its policies. The AK Party management is also aware that an early election will render Turkey unmanageable even if Parliament ensures domination.

So what is the reason for this uncertainty, while there are individuals and groups in the AK Party that want to carry out these plans and seek a political future and strength by influencing the leadership to this end? The party management should urgently adopt a clear attitude and remove hesitations. Otherwise, they will have given the party as a pledge to a distasteful internal rift.