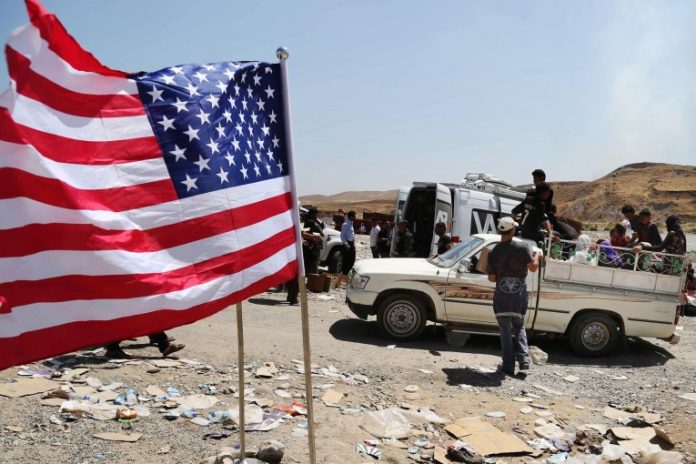 There is one underlying cause of the U.S.'s failure and political paralysis in the Middle East: The U.S. revealed its goal but avoided fulfilling its requirements. Everyone already knows the reasons. Barack Obama preferred to not exert U.S. military power in far-off regions after the Afghanistan and Iraq wars, and his term in office will end this year. But the awareness of the reasons does not change the outcome. Rather, it creates an exact opposite effect since some other actors who observe that U.S. foreign policy has remained without alternatives can act more bravely. No matter what they do, they believe that the U.S. would consent to it, and they turned out to be right in the end.

The fact that the U.S. determined that the eradication of DAESH was its only goal was a significant favor for U.S. dissidents in the region. The alliance of Bashar Assad, the Democratic Union Party (PYD), the outlawed PKK, Iran and Russia enabled the U.S. to behave more tolerantly towards them by declaring that they are against DAESH and guaranteed U.S. dependence on them by doing everything possible to prevent DAESH's decline. As a result, DAESH stood out as one of the most stable agents in the region in that it does not need to act so aggressively any longer. It has already imposed its presence by closing or opening agreements with other actors, and it expects to sit at the negotiation table at the next step.

So, the simple fact is that from the moment the U.S. declared DAESH a threat and chose a strategy that would not put itself at risk, it indirectly supported the persistence of DAESH. Today, it is completely senseless to make an analysis on the Middle East through DAESH's prism. One cannot detect the "parties" by centering upon an organization that is seemingly opposed by everyone but not tackled in practice. If the matter were only limited to this picture, a more acceptable dream regarding DAESH might have been pursued, and the organization's transformation and development into an entity having the capacity to govern the Sunni community in certain parts of Syria and Iraq might have been encouraged. However, the main problem in Syria is far from solely consisting of DAESH. While DAESH is reaching a point where it is content with having its own borders, Assad, the PYD and the PKK endeavored to expand their territories, and it turned out to be a strategic choice. This indicates that in the following period, the humanitarian tragedy created by Assad, the PKK and the PYD can possibly become even graver than the tragedy caused by DAESH. Also, not DAESH, but the other two actors are mainly in charge of the refugee crisis.

In this respect, new trouble emerges in terms of the U.S.'s Middle East policy, and an obligation to create a new political line stands out since the refugee issue directly threatens Europe in the medium term, and the U.S. cannot possibly turn a deaf ear to the voice of its old partner Europe. Moreover, no matter how much attention is shown to the issue, the refugee flow might lead to the reproduction of radicalism in the West, which would pose a direct threat to the U.S.

In the final analysis, the critical keyword in Middle East analyses by the West now has to be refugees instead of DAESH. To detect who should be allied with whom, the West has to consider the sides of the actors in the region with regard to the refugee issue. It is obvious that those who adopt policies that are eager to increase the number of refugees cannot or should not ally with the U.S. When this factor is considered, one may be inclined to ponder who can or should be true partners in the context of DAESH.

Note: Unfortunately, with this article, my Daily Sabah adventure concludes. It came as no surprise in the current political environment in which newspapers are unwilling to create and preserve pluralism.