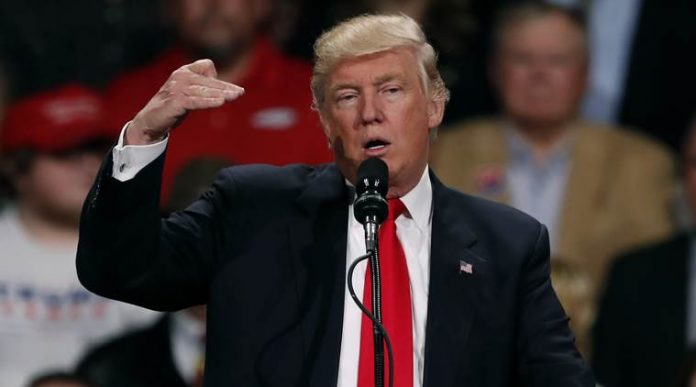 On Wednesday, February 1st, a full ten days after Donald Trump was inaugurated as the U.S.’s 45th President, the Senate comfortably confirmed Rex Tillerson as Trump’s Secretary of State by a vote of 56-43.  Actually, the ease with which Tillerson was confirmed is disturbing.  Not only did no Republicans come out against Tillerson’s confirmation, but also four Democrats crossed party lines and voted for him.  On the other hand, the NYT pointed out that the 43 votes against Tillerson were by far the most negative votes cast against a Secretary of State nominee in the past fifty years (1).  The same NYT article also mentioned some optimistic words from Democratic foreign policy commentators expressing the hope that Tillerson, as someone with decades of real international experience, might provide a rational balance to President Trump’s impulsive tendencies.

So life sometimes imitates art:  Tillerson is essentially Jim Andrews incarnate.  For those who are not familiar with the name, Jim Andrews was the big oil CEO who featured prominently in Garry Trudeau’s “Doonesbury” political satire cartoon strip in the 1970s and the early 1980s.  Trudeau had Andrews quickly appear in Samoa after oil was “discovered” there, and later had the petroleum baron send former ambassador Duke (a parody of journalist Hunter S. Thompson) parachuting into Iran with $200,000 cash for “Operation Dipstick.”  In a strip from 7 July 1979, Duke characterizes Andrews as “James ‘Obscene Profits’ Andrews” (2).  Andrews was perfectly free of any ethical qualms about his work obtaining fuel for the U.S. economy and dividends for his shareholders — that’s why he reappeared during the G.W. Bush Administration (3).  Similar to Andrews, Tillerson is a career oilman, and he spent 2006-2016 as CEO of Exxon, the world’s largest oil company.

Decades of conspiracy theories about U.S. foreign policy are seemingly confirmed by Trump’s selection of Tillerson.  From FDR’s Suez Canal meeting with Ibn Saud after the February 1945 Yalta meeting, through the CIA’s coup against the democratically-elected Iranian Prime Minister Mosaddegh in 1953, to the 2011 intervention in Libya, oil has seemed to provide a basic motivating force for U.S foreign policy choices (4).  Tillerson, for example, took Exxon out on a limb to cement a deal with the Kurdish Regional Government in Northern Iraq, so one relationship that will be watched closely during Tillerson’s tenure as Secretary of State is that with Mesut Barzani’s Erbil government.

At this point, it is easy to envision a bipolar foreign policy situation in which President Trump, acting as a loose cannon, continues to damage alliances and offend the world community, while Tillerson pursues a largely independent foreign policy agenda, which may or may not be focused on the U.S.’s real international interests, pausing only to clean up after the president when necessary.  Trump has a close group of advisors around him that will surely see foreign policy as being or belonging under their influence, so whether a “mind meld” (5) can be achieved amongst the various chefs involved in preparing the U.S. foreign policy broth remains to be seen.  In the coming months the outlines of U.S. foreign policy with Secretary Tillerson at the helm will begin to emerge.

Tillerson’s confirmation also comes on the heels of a Senate hearing during which Tillerson was pressed on his extremely friendly relationship with Russian President Vladimir Putin.  This is another relationship that will be examined intensely while Tillerson is Secretary of State.  Tillerson bears the Russian Order of Friendship, bestowed upon him by Putin in 2013, and is widely understood to have lobbied against sanctions placed on Moscow by the Obama Administration (6).  In the two weeks since Trump’s inauguration, fighting has intensified in the eastern regions of Ukraine occupied by Russian-backed forces.  When someone has reason to celebrate, but celebrate covertly, a Turkish idiom says that “they’re preparing henna” (kına yakıyorlar); I imagine Moscow has gone through a lot of henna since November.

In Turkey, we can now start evaluating the decisions taken by the State Department in order to understand what the Trump Administration’s attitude towards Turkey will be.  At the moment, the issue causing concern is the provision of armored vehicles by the U.S. to the “Syrian Democratic Forces,” the moniker applied by the Americans to a force that is dominated by PYD/PKK militants (7).  This action was actually put into motion by the Obama Administration, but it is notable that Trump posed no obstacle to the transfer at the exact same time that he is obsessively reversing any Obama Administration decision that inspires his displeasure, including the Obama Administration’s own plan to arm the PYD/PKK militants (8).  This comes on top of Trump’s various statements indicating that he had no problem with arming Kurdish militants (i.e. the PYD/PKK) in Syria, and the fact that Tillerson expressed similar sentiments during his Senate confirmation hearings; the PYD/PKK also does not seem unhappy with the new administration (9).  As hours and days keep flying by, it becomes more and more difficult for any Turkish political commentator to maintain a positive narrative about President Trump.

Another item that needs to be watched closely is the other top State Department officials brought in by Tillerson.  Rumors that neo-conservatives left over from the George W. Bush Administration were being considered for top-level positions had circulated in December, but other names have come to forefront since then (10).  For the moment, the world seems to have avoided another escapade with John Bolton in a prominent U.S. foreign policy position.

(4) Many other factors, such as anti-communism during the Cold War, can be suggested as well.