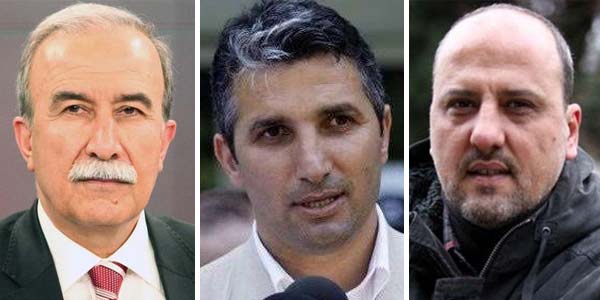 After ten months, I left the English-language dersane that I discussed in the previous article. I had several reasons, but the most important was that the teachers and students were not treated well.  I understood that there was some sort of connection to Gülen, but I didn’t see the cult as a threat at that point.  All the same, I had no desire to work for an organization that I thought was connected to a cult. That’s why, in later years, I would never pursue employment with Gülen’s schools or at his media outlets such as Zaman (1).

Around the same time-frame, people who did see Gülen’s organization as a threat were the hard-line Kemalists in the Turkish state and military, and the socio-political elites associated with them.  Today, many of those same actors are crying loudly that they had been warning everyone all along that Gülen was a threat, but nobody listened to them.  The implication is that they were right — and that they should therefore regain the political importance in Turkish society that they lost over the past decade.

The problem with their argument is that, in the past when they were warning about Gülen, their actual concern was that they were losing their own political influence over Turkish state institutions and in Turkish society.  In other words, their worries had little to do with democracy but everything to do with the privileges and prerogatives which their segment of Turkish society had maintained since the foundation of the Turkish Republic (2).

Furthermore, since the 17-25 December 2013 “corruption” cases initiated by Gülen’s helpers in the Turkish police and judiciary, the same groups, now complaining that the AKP had once aided Gülen’s infiltration of state institutions, have done everything in their power to inhibit the AKP’s struggle against the Gülenists.  In tandem, they did everything they could to cast the AKP, and more specifically Tayyip Erdoğan, in as negative a light as possible.  The 15 July failed putsch made many forget that they had spent the previous two years and a half saying warm things about Gülen while calling Erdoğan a “dictator”; some of them, such as Can Dündar, apparently went one step further to actually cooperate with Gülen.

As an illustration, three public figures (including two journalists) who were jailed on the basis of a conspiracy by Gülen’s adherents in the police and judiciary for writing books about the cult currently receive different treatment from the Turkish public. Hanefi Avcı and Nedim Şener are understood as figures who were genuinely concerned about the Gülen organization’s ultimate intentions, and were unjustly imprisoned. Consequently, they’ve received a lot of attention in the past two years, and especially since the failed coup. Ahmet Şık was also unjustly imprisoned but he remains a militant ideological opponent of the AKP government.  Because Şık’s essential aim appears to have been to attack the AKP, not to warn Turkish society about the true nature of Gülen’s cult, he receives much less attention and/or sympathy from mainstream Turkish society.

So let’s return to my personal knowledge of Gülen’s organization. At the time that I left the dersane and went to teach in the English preparation program of a local university, I did keep in touch with a number of people that I had met through the dersane.  Several of those were former students who went to the U.S. ostensibly to study English, but I knew that they were also going to work, albeit surreptitiously. Later I understood that they probably were able to take advantage of Gülen’s network in order to find work.

Here’s how this scheme was working when I learned about it in Summer 2000. The first step was to get an admission letter from an English-language education school in the U.S.  At that time the primary destination was Houston, Texas (3), and the schools that were handing out admissions to students such as mine were probably connected to Gülen’s network.  Even today, Texas remains a center of Gülen’s U.S. organization.  With this admission letter it was then easier to gain a student visa.  After going to Houston (or Austin), Turkish students could get in contact with Turkish business people to find jobs. And the network kept expanding all the time.

Again, I want to emphasize that the people I’m referring to were without exception extremely gracious and good-willed.  I’ve always known one former student who later worked for Zaman as a kind, intelligent family man, for example.

So what happened to this “community” of serious, believing people?  It’s clear that Gülen used them and continues to use them.  Maybe the most appalling aspect of this entire situation (other than the deaths, destruction, and disorder caused by Gülen’s network over the past two or three years) is the fact that Gülen has knowingly used tens of thousands of people to further his scheme.  Many of those people are thoroughly unwitting pawns, and large numbers of lives are being ruined by their connection to Gülen.  The entire situation is horrifyingly tragic.

But that is what cults are all about.

So in the next article in this series, I’ll explain what I know about how Gülen constructed his network by recruiting naïve, good-willed believers.

(1) I visited Zaman’s facilities at least twice in the past.  The first occasion was around the same time that I was still working at the dersane, probably in 2000.  The second time was around six years later.  One of my former students from the dersane began working at Zaman, and invited me to come and visit the paper.  At that time I even knew one of the foreigners doing Turkish-English translating and editing for Zaman.

(3) It’s no coincidence that Tuncay Opçin would be located in Houston: http://www.sabah.com.tr/fotohaber/gundem/kumpasci-tuncayi-safakta-bulduk/20. In the pictures accompanying the article, Opçin is coming out of a Costco outlet, a members-only bulk-food chain.