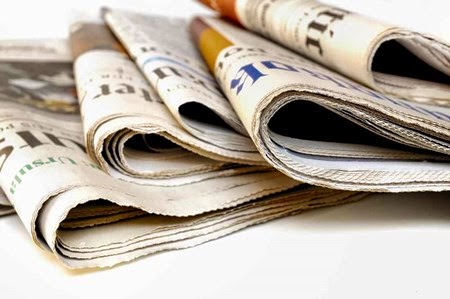 Many papers or television channels deemed to be “flagships” of the Western media keep disseminating distorted pictures of what has been happening in Turkey. I cannot help wondering how it is possible for them to reconcile their pro-coup sympathies with their proud advocacy of “human rights” principles. We have come to know a global media which, From the Guardian to the New York Times, from USA Today to the Independent, from Le Monde to Fox News, we have come face to face with an entire range of global media that have looked favorably upon the abortive coup, though some did it more shyly while others were downright brazen in their applause (the continental European press adopted a somewhat calmer approach on the whole than their British or Americen counterparts). There have been even those who described the coup’s ringleaders as “Atatürkist” officers. “Erdogan is saved, Turkey has sunk,”a Turkish commentator wrote. He was venting his own chagrin as well as the mood of the coup’s Western supporters.

A cancer that had metastized

A malignant tumor that had implanted itself within the state apparatus, and had gradually begun to spread all over the body, is now being cleaned and excised. It is not going to be easy. Some “lethal” issues are already being brought to light.

1. The names of the gendarmes who were there when Hrant Dink was murdered, and whom it had proved impossible to uncover till now, have been finally identified. All three gendarmes exposed in this way have been detained and remanded in custody, as well as a captain who is accused of coordinating them.

2. A major of the gendarmerie (the local commander of the border guards) who triggered the Roboski (Uludere) massacre by passing on the false information that it was “PKK fighters” who were approaching has been detained on grounds of  being a member of Gulen’s organization.

3. The pilot who shot down a Russian SU-24 jet fighter on 24th November 2015 has also been  detained for having participated in the coup.

Currently we are in the midst of a vast operation. If the crisis is managed properly, we can obtain better information and thereby be able to make better moves.

As for the single most important problem our country faces, which of course is the Kurdish question… Now we can see more clearly than ever before that the Gulenist organization has been obstructing and undermining the search for a solution to this question at every critical juncture. The first such blow, directed at the head of the National Intelligence Organization (MIT), fell on 7th February 2012. There was a move to frame Hakan Fidan and some of leading colleagues for treason — because of “MIT’s participation in the Oslo talks with the PKK.” Gulenist cops were also behind the massive KCK crackdown of 2009-2011, while Gulenist papers and pundits provided strong media support. And they went so far as to smear the Solution Process as a “process of betrayal.”

We are, in other words, engaged in a struggle against an enormous force that has repeatedly  obstructed any solution in a number of fields. I hope that we will gradually be able to understand more clearly which agents, which provocations or what chaos simulations were deployed, or what other organizations were involved as collaborators. An openly pro-coup German daily has published an article describing contemporary Turkey as “a tumor within the West.” Meanwhile, Turkey itself is trying to excise the real tumor nestling within so as to bolster its own resistance.