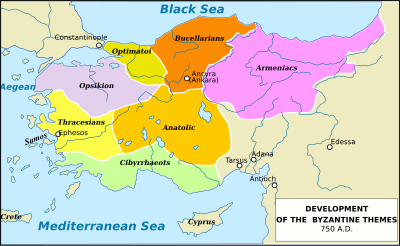 [13th May 2021] There are two problems with this scheme. As I suggested yesterday, it assumes (a) that mothers were more plentiful here than anywhere else, and strikingly so. It also assumes (b) that some version of the word (i) did not exist in non-Turkish languages (ii) especially before the Turks came and settled in this country.

What I can’t understand is how people who take the trouble to invent such tall tales (or those who believe and keep repeating them) cannot be bothered to stop and do some simple fact-checking. It is so easy today, given universal access to the internet. I for one am neither ashamed or too lazy to do so. Learning is for a life-time.

So then, in linguistic terms where was Anadolu before the 1071 battle of Manzikert (in Armenian) or Malazgirt (in Turkish)? What would you suspect, given that for some thousands of years there were all these other peoples and languages in Anatolia?

It was always there (or here); it was a Greek word waiting for the Turks to arrive. Long before Byzantium, it already existed in Ancient Greece and under the Roman Empire. It didn’t have anything to do with mothers; instead, it had everything to do with the east and the sun. In some of the oldest languages of the Middle East, there is a close association between these two notions. The following is all taken from Wikipedia. In Aramaic, for example, דְּנַח denaḥ means “to rise, to shine,” from which we get to a related word for “the east”: מִדְנָח midnaḥ. Similarly, the Hebrew מִזְרָח mizraḥ, denoting “the east,” is derived from זָרַח zaraḥ which once more means “to rise, to shine.” As a geographical term, the Levant refers to the Eastern Mediterranean; as a socio-cultural term, Europeans who settled in Istanbul, Izmir, Aleppo, Salonica or other port cities of the Ottoman Empire, some of whom accumulated enormous wealth through trade, shipping or banking, are called Levantines. Why and how? Because levo in Latin (or lever in French) means “to rise,” so that Levant points to “where the sun rises.” In 1978 Edward Said opened up an ongoing critique of Orientalism as the ideological dimension of Oriental Studies. The key terms are again from Latin: orior for “to arise, to originate,” from which we get the Orient for “the east. (Modern English words like origin or original also have the same root.)

And so it is with Greek, where ἀνατέλλω (anatello) means “to rise up,” so that ἀνατολή (anatolḗ) means the direction where the sun rises, hence the east, and is used to designate (looking out from Greece) eastern regions in general. The question is how it was narrowed down to its present use. From here on, we have to distiguish carefully between geographical and administrative meanings. The first recorded name the Ancient Greeks used for the Anatolian peninsula was Ἀσία (Asía). Scholars think that it might have been emended from an Akkadian expression for sunrise. In time, Rome overran Greece, the Balkans, and the Eastern Mediterranean. They borrowed the existing Greek usage, establishing a province of Asia to cover the Aegean islands plus the western part of the peninsula. Subsequently, the geographical scope of Asia expanded to refer to the entire immensity that extended further east from the Mediterranean. Hence, some Greek thinkers (living under Roman rule) created the term Asia Minor (Μικρὰ Ἀσία, Mikrà Asía, Küçük Asya in Turkish) for the peninsula itself, i.e. present-day Anatolia.

In contrast, the Imperial administration kept using Ἀνατολή (Anatolḗ) as well as Asia to refer to its eastern provinces. Emperor Diocletian (r. 284-305), for example, created the Diocese of the East, which was known in Greek as the Anatolian (Ανατολής) Diocese, but was completely unrelated to (much broader than) Asia Minor. Similarly, Constantine I’s (r. 306-337) Prefecture of the East was known in Greek as the Anatolian (Ανατολής) Prefecture, though it covered all the eastern provinces, from Thrace to Egypt, of the Roman Empire. The crucial change came with Byzantium. The Western Empire fell in 476, while the Eastern Empire survived. From the 7th century, it lost all its further eastern domains (in Mesopotamia, the Levant, and Egypt) first to the Sassanians and then to the Muslim Arabs. That left only present-day Anatolia, which from that point came to be what was meant by the eastern (Ανατολής, Anatolian) part of the empire.

Around the same time, Byzantine provincial administration was comprehensively reorganized. For defensive purposes, a new type of unit called a θέμα (thema) was created, topped by a powerful governor-commander combining civilian and military powers. Previously far-flung armies to the east were pulled pack to the peninsula and garrisoned in these great themes. As part of these measures, an Anatolic Theme (Ἀνατολικὸν θέμα) was also created to cover, as you can see from the map above, the western and central parts of Turkey’s present-day Central Anatolia, centered around Iconium, but ruled from the ancient city of Amorium (with its archeological remains to be found close to Emirdağ inside Afyon province). In later centuries, the first four themes were sub-divided into many smaller units, but as the following three maps reflect, what was called the Anatolikon command (Άνατολικόν θέμα) or (in reference to its troops) the Anatolics command (θέμα Άνατολικῶν) survived all these changes, occupying more or less the same place from 950 through 1025 to 1045. These military-administrative units and their governor-commanders may be seen as harbingers of the Ottoman sancaks and sancakbegs of the future.

It is interesting and important to note that this Anatolic or Anatolics or Anatolikon theme is also recorded in the works of 10th century Muslim geographers like Qudama ibn Jafar or Ibn al-Faqih al-Hamadani, who refer to it as the mightiest of the Romans’ provinces, comprising 34 fortresses and mustering 15,000 soldiers. Byzantine sources put the strategos, the governor-commander of the Anatolics theme (στρατηγός τῶν Άνατολικῶν), in first place among all his peers and also in the highest ranks of the Imperial court. He is said to have received an annual salary measured at forty pounds of gold.

A further twist has to do with Christian saints named after Anatolia, such as Anatolius of Laodicea (d. 283) or Anatolius of Constantinople (d. 458; the first Patriarch of the now Christianized Byzantine capital). Here we have a place name passing into people’s names.

Men’s names such as the Russian Anatoly or the French Anatole (as in the famous novelist and intellectual Anatole France) embody the same linguistic and religious background.

This, then, is the true history of the word Anadolu. The original Greek was latinized into Anatolia in the Middle Ages. It doesn’t pass into Turkish from Latin (in which case, we too would probably have said Anatolya – as in Alanya, Antalya, Kilikya, Kapadokya). No. The modern Turkish form Anadolu derives directly from the Greek name Aνατολή (Anatolḗ).

Such is good, solid, genuine scholarly knowledge. But is it enough? Enough for what? To get rid of folkloric myths and legends about ana+dolu? I wish. But I don’t really think so.

For the original posting of this article, click https://hist.ihu.edu.tr/en/halil-berktays-diary/.