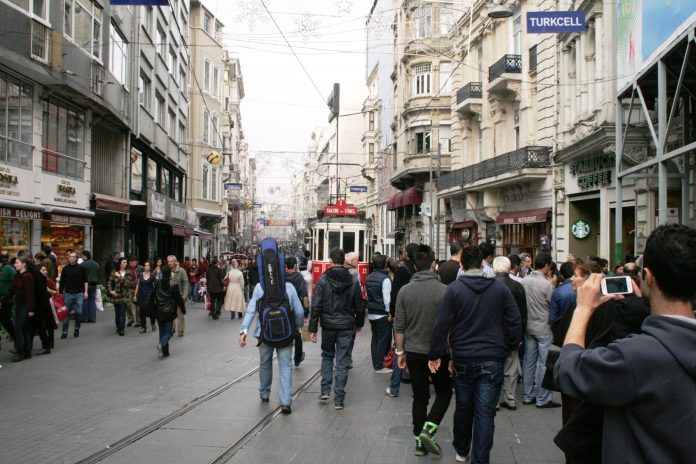 Because I have come to the specific issue of reform in Turkish state institutions, including the effort to expel Gülen’s adherents from those institutions, a few comments are in order relating to my experience with, and understanding of, the Turkish state.  This is a pet subject of mine though it is not easy to explain to people without direct experience of the issues I’m referring to.  People who have resided in Turkey and had to deal personally with the bureaucratic processes I’m describing (most anyone who comes to Turkey as the employee of a company or some other organization does not have to handle their own residency paperwork) will understand more readily.  The essence is this:  Turkish state institutions have always been weak, and only now are they being transformed into truly modern, transparent, democratically accountable institutions.

How is this topic related to the failed coup?  Most directly, the junta that tried to  seize power on 15th July had its roots in various state institutions, most importantly the military.  But obviously, those state institutions were not and are still not democratically accountable or transparent — otherwise a religious cult could never have infiltrated its members into state institutions in numbers sizeable enough to even entertain the possibility of assuming political control.  For example, it has been at least a decade since I first heard rumors that the Mormons had become highly influential in U.S. intelligence institutions.  But as far as we know there is absolutely no threat of the Mormons trying to take over the U.S. government.  Even if Mitt Romney had been elected president in 2012, it would not have come to the same thing.  U.S. institutions are transparent and democratic, and U.S. society is massive (320 million people) and extremely diverse, so it is patently ridiculous to imagine that the Mormons might somehow gain sway over U.S. government institutions.

When I came to Turkey in 1999, one of the first things that I noticed was that, at the street level, I felt freer than I did in the U.S.  I didn’t know why that was the case, but it was, at first, a relief.  I had experienced a similar sensation in Germany, but it wouldn’t be until years later that I understood that the two societies appeared to me that way for entirely different reasons.  At that time, everyone knew that the Turkish police were corrupt torturers, and that the judiciary was unprofessional, an ideological appendage of the military, and also riddled with corruption, also that the ongoing conflict with the PKK was marked by enormous human rights violations.

But everyday life on Istanbul’s streets featured little police presence and minimal crime.  In those years, foreigners were advised to carry their passports with them at all times in case of police checks, but in the first five or so years that I lived in Istanbul I never encountered such an event. In total, I’ve had my ID checked three times on the street by Istanbul police, and all three of those incidents happened in the 2006-2009 era.  For years, Istanbul’s worst crime problem was purse-snatching, known as kapkaç in Turkish.  So when people (Turkish or foreign) asked me how the situation was in Istanbul, I explained that I felt better, both freer and safer, on the streets in Istanbul than in the U.S.  Generally that was greeted with either disbelief or incomprehension.

As the years passed, and as the AKP’s term in government extended past the five-year mark, I began to gain some insight into the situation on Istanbul’s streets.  The most direct experience most foreigners have always suffered with Turkish state institutions was the dreaded trip to the Foreigners’ Desk in Istanbul’s Greater Municipal Police Headquarters (1).  That journey, which always felt something like the Chinese Communists’ “Long March,” has become easier in the past decade, but fifteen years ago it was extremely unpleasant.

For those trying to obtain or renew their residence permits, originally there was no system whatsoever.  When the Police Headquarters’ doors opened in the morning, the herd gathered outside rushed in as a mass to the first-floor windows, the Foreigners’ Desk, where the fatigued, over-worked, and underpaid desk officers waited.  Because there was no system to assign numbers to the applicants, those with the sharpest elbows and most aggressive attitude got attention first.  Most of the desk officers knew little about what they were doing and had little motivation to care about it.  The system was almost entirely based on hard copies of documents, official-looking stamps, and signatures from higher-ups.  Almost none of the process was computerized.  The result was that at least two days, sometimes even more, were needed to complete a process that should have taken an hour at most.  Sometime in the middle of the last decade, an on-line system was introduced through which applicants had to first register electronically and then show up at a certain time slot, but the process itself was still marked by the same chaos that was always present.

(1) In the last article I had  described some of the past developments concerning Turkish state and bureaucratic procedures for foreigners and tourists. In 2013, legislation establishing an Immigration Administration, under the authority of the Interior Ministry, was passed by the Turkish parliament; that new institution did not begin operating, as far as I am aware, until early 2015.  When it did starte functioning, all administrative processes related to foreign residents were taken out of the hands of the police (http://www.goc.gov.tr/icerik6/ikamet-izni-basvurulari-icin-gerekli-belgeler_350_361_3603_icerik; http://www.goc.gov.tr/icerik3/genel-mudurluk_273_274_275). Also see http://web.archive.org/web/20150304231340/http://www.hurriyet.com.tr/gundem/20527649.asp; http://www.goc.gov.tr/files/_dokuman19.pdf.  The legislative processes that resulted in the founding of the Immigration Administration had been initiated in late 2011 (before the Hakan Fidan incident of February 2012).  The legislation establishing the Immigration Administration was passed by parliament in April 2013, less than two months before the Gezi Park protests of June 2013, during which over-aggressive police behavior played an important role in stoking the protests.  Electronic visas for tourists became mandatory in April 2014, which I also mentioned, but the e-visa system had been under development for more than a year before April 2014.

All the above information suggests something interesting:  possibly the steps taken by the AKP to change bureaucratic processes for things like visas and residence permits — in effect to bring them under government control and to make them transparent — may have been another reason, in addition to the dersane issue, for Gülen to choose to attack the government directly in December 2013.  Gülen could have understood that the Immigration Authority would cut off all cash transactions going through the police, and would have seen it as an additional threat to the financial underpinnings of his organization.