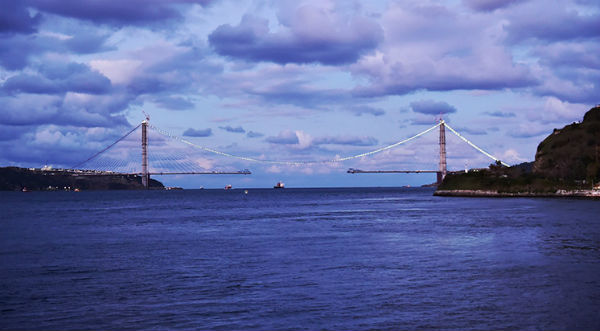 In my previous column, I described the contents of Zeynep Tüfekçi’s most recent op-ed for the NYT (1), and then provided some simple critiques. The more complex issue – and the issue that I want to focus on in this concluding installment – is that Tüfekçi’s article is actually a political comment on current Turkish issues.

As some readers probably know, Tüfekçi has written a number of comments on Turkish political events, which identify her position in such a way that she cannot be understood as a disinterested observer. Tüfekçi’s renown is partly based on her work concerning social media and protest movements, an inherently political topic. Tüfekçi has also written extensively on the June 2013 Gezi Park protests (2), to which environmentalism was a contributing factor. Readers will remember that it was the furore that erupted over the planned transfer of a few of the park’s trees, and the police’s excessive reaction to protests against those transfers, that sparked street violence. The Gezi Park protests’ growth was then fueled by social media, both in terms of spreading dis/information and organizing the demonstrations.

Already in the years before June 2013, however, both amongst the small Turkish environmentalist movement and amongst Turkish academics working on issues related to urban development, a reaction to Istanbul’s rapid development had been gaining steam. That movement can be understood in a number of ways: a romantic, even nostalgic mourning for a lost, “ideal” Istanbul; a protest against gentrification; a struggle for the rights of neighborhood residents displaced by housing projects; and even yet another way of attacking the governing AKP.  Outside of Istanbul, mining projects and hydroelectric plant construction also received a similar kind of attention from the same community (3).

Even in the months before the Gezi Park protests, the destruction of the Emek Theater on İstiklal Street, which is near Gezi Park in Istanbul’s central Taksim district, had been greeted with fervent protests by the same community of activists described in the previous paragraph (4). In retrospect, the resistance to the Emek Theater demolition (and planned reconstruction) was actually a warm-up for the Gezi Park protests. The Emek Theater demonstrations took place in an atmosphere of severe reaction to Istanbul’s changing urban face, to gentrification, and were almost entirely based on anti-AKP rhetoric.

In the same time-frame, the AKP government announced several new massive infrastructure projects – the third bridge across the Bosphorus, a third airport for Istanbul, and a massive vision of carving out a transportation channel from the Black Sea to the Sea of Marmara west of Istanbul were the main elements of what then-PM Tayyip Erdoğan termed “astounding projects”  (çılgın projeler) meant to provide a turbo-boost to Turkey’s infrastructure and development. Intense reaction to those projects from the environmentalist and academic communities set in immediately, and also fed in to the Gezi Park protests. If that reaction had been based solely on genuinely environmental arguments, those activists might have received more support, but it was always clear — and Turkish citizens understood it as such — that the opposition to all these projects was largely political.  Stopping and blocking the AKP wherever it might turn clearly took priority over the environment.

For the past 30 months since the Gezi Park protests, Turkish environmental and academic activists have initiated various legal cases, usually based on environmental studies, to stop the AKP’s infrastructure projects. None have been totally successful, and construction on all projects — except for the sea transportation channel, which is yet to be initiated — continues apace. Adding insult to injury, the AKP handily won four elections in 2014 and 2015, at least partly reflecting Turkish voters’ disinterest in the opposition to such infrastructure projects. Especially the local elections of March 2014 were understood as a popular referendum on the Gezi Park plans (5), and the AKP’s Kadir Topbaş easily won Greater Istanbul Municipality yet again, increasing his total number of votes by nearly one million, which translated into a rise of more than three percentage points.

Ultimately, of course, the political opposition that Turkish environmentalists have tried to use against the AKP’s development projects is self-defeating. Because legitimate environmental concerns are being used for political ends, convincing Turkish citizens that activists are genuinely more concerned about the environment than about domestic party politics has become even more difficult, and will remain so for the foreseeable future.

All this is the political background to Tüfekçi’s previously quoted comments at the end of her column (“Infrastructure is often the least-appreciated part of what makes a country strong, and what makes innovation take flight. From my spot in line at the post office, I see a country that does both well; not a country that emphasizes one at the expense of the other”). In fact, her comment is meant to be accompanied by a knowing smirk. Unfortunately, this is the sort of commentary that the AKP’s inveterate enemies resort to, apparently not realizing that they are in fact damaging their own cause.

But what about the other insinuation in Tüfekçi’s article — that Turkey does not care about innovation?  In fact, innovation is a constant topic of discussion in Turkish politics, business circles, and academia. Everyone is concerned about innovation, and about how to spark more innovation in Turkey. Insofar as there is genuine concern over it, the situation is nothing like Tüfekçi suggests.

So, for readers that have made it this far, I’d like to add a sociological note. What you read in Tüfekçi’s column is a typical expression of elite, “secular” Turkish attitudes. For the Turkish elites anything from the U.S. (or the West as a broad category) in the cultural or technological categories is assumed to be “good, right, and desirable.”  When contradictory details are brought up, they tend to be waved off as exceptions or the product of the interlocutor’s ignorance. In contrast, items from Turkey in corresponding categories are assumed to be “bad, wrong, and undesirable.” Historical and sociological context is ignored out of prejudice. This is what makes a commentary like Tüfekçi’s possible.

Tüfekçi is telling the NYT’s readers what she thinks they want to hear, and the NYT editors may even be egging her on. But if her readers ever learn about the actual reality of the growth and development of the Turkish economy and society, I imagine they will be less amused, and probably less inclined to believe what the NYT publishes about this country.

(2)  Tüfekçi’s blog can be found at http://technosociology.org/; a column for the NYT that Tüfekçi wrapped around the Gezi Park protests can be found at http://www.nytimes.com/2014/03/20/opinion/after-the-protests.html; at the time of the Gezi Park protests one of the NYT’s feature blogs gave space to Tüfekçi’s tweets:   http://thelede.blogs.nytimes.com/2013/06/03/add-tear-gas-and-stir-images-of-police-brutality-fuel-anger-in-turkey/.

(4) The Emek Theater’s reconstruction was recently completed, and the theater is slated to open in March; pictures can be found at:  http://www.aljazeera.com.tr/haber/emek-sinemasi-martta-aciliyor.

(5) Contrary to the perception readily promoted by the protesters, Gezi Park was not going to be “replaced by a shopping mall.”  The plan approved by Istanbul Municipality projected the re-construction of an old Ottoman military barracks as a museum and souvenir shopping space.  A video released by the Greater Istanbul Municipality in May 2013 displayed what the project’s results would be:  https://www.youtube.com/watch?v=MKZAoM6Uz8s.

The center of the old building, as can still be seen in other late Ottoman-era military buildings that have survived, such as those that are now part of the nearby Istanbul Technical University, was an open drill ground that was large enough to eventually feature football (soccer) matches. That green space was to be mostly preserved in the new project, and is the reason why essentially all the trees to be affected by the construction were only going to be moved, not cut down.

The history of the original barracks is also worth mentioning. The original construction dates to the late 18th century, and was torn down in 1940 by the Kemalist government. The original barracks, on the other hand, had been built on top of an Ottoman-era cemetery that was predominantly Muslim, but which also had Armenian, French, and Greek graves. One section of that cemetery apparently existed until the 1940s. For more information on this, see:  http://www.mustafaarmagan.com.tr/inonu-taksimdeki-musluman-mezarligini-yok-etmisti/.