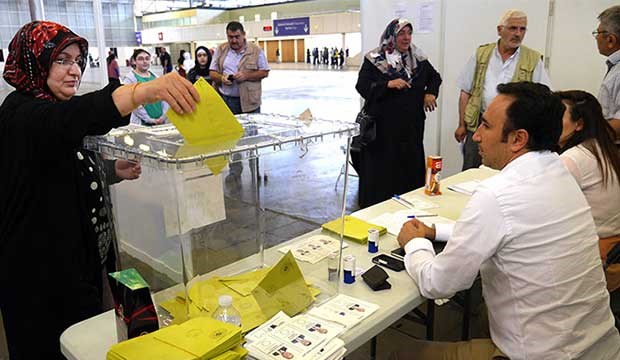 In the previous article I began to discuss Steven Cook’s Atlantic article on the recent, failed coup in Turkey (1), and ended with an explanation of why Cook’s statements about the Turkish judiciary are mistaken.  Essentially, Cook refuses to recognize, in all its twists and turns, the historical reality enveloping Turkish state institutions. In this specific case it means pretending that there was an independent judiciary before the AKP.

Such willfully de-contextualized statements about Turkish state institutions have come to characterize the AKP’s and President Erdoğan’s opponents. They display a weak grasp of Turkey’s social and political realities.  Cook, after fretting over the Turkish judiciary’s “compromised independence,” and agreeing darkly that the “AKP was never and could never be a genuine force for democratic change,” moves into a list of Tayyip Erdoğan’s recent “polarizing” political choices, which he uses to speedily enter the topic of Fethullah Gülen (who had been mentioned only once in the previous thirteen paragraphs).  But again, Cook provides no context or information about Gülen that might enable the reader to understand what turned “a manageable political skirmish between Erdogan and Gulen into all-out warfare.”  Hence Cook leaves the reader with the impression that President Erdoğan is simply a political manipulator battling figments of his imagination, mired in corruption and problems that he himself is solely responsible for. It is hard to avoid the conclusion that this is deliberately done.

In point of fact, Gülen’s network of cultists is the key to understanding not only the failed coup but also a lot of Turkish political events in the past decade.  One rightful criticism that has been voiced about the AKP, especially in the wake of the 15 July putsch, is that for some years the AKP accepted Gülen as an ally and therefore did nothing to block his people’s infiltration of state institutions.  This is both true and not the whole story.  Gülen’s people began to enter Turkish state institutions in the late 1980s, or at the very latest in the early 80s — some twenty years before the AKP was even founded (2).  In the early 2000s, though, Gülen’s people in state institutions were, as already indicated, AKP allies.  So two crucial questions to ask are (i) why had Gülen’s people started infiltrating state institutions in the first place, and (ii) why the AKP felt the need to ally itself with Gülen’s cultists.

The original Kemalist elites had, with the backing of the military, long held suzerainty over the state institutions which they had themselves created, repaired or maintained.  Whenever democratically-elected political actors endangered that control, the result was a military coup (1960, 1971, 1980) or coup-like intervention (1997). In the 1970s, there was a critical junction in the Islamist movement. The mainstream went with an open, public political struggle through democracy: if they use the Constitutional Court to ban your political party for (allegedly) violating secularism, set up another, and never deviate from legitimate ground or non-violence. A small group, gathered around a then-obscure provincial preacher by the name of Fethullah Gülen, opted for trying to conquer the state from the inside. Working with relentless patience, they gradually began to build a double-identity network that amounted to an entire “sleeper” organization.

When the AKP first won the 2002 elections, it had nothing except around 35 percent of the popular vote. More specifically, as a wholly new force coming fron the periphery into the center of Turkish politics, it had no support whatsoever in the bureaucracy, the police, the judiciary or the army. On the contrary; they did not even accord the AKP the neutrality that would have been normal and obligatory in any truly functioning democracy. Instead, they regarded it with outright hostility. This made it extremely difficult for the AKP to govern — to collect correct information, formulate policy, issue directives, make sure that they are implemented, obtain feedback, and receive credible reports. Neither could it hope to defend itself against any and all attempts to overthrow it — which were not only a hypothetical possibility but were being openly, blatantly trumpeted in the media at the time. This is why the AKP needed an ally to counteract the influence of Kemalist die-hardists in state institutions.  That’s why the AKP forged an alliance with the Gülenists, who had already achieved a significant presence in Turkish state institutions by 2001 (when the AKP was established). Parties in democratic societies are civil coalitions, and the AKP is no different.  Gülen’s network became an important component of the coalition that was the AKP.  Cook clearly wants to avoid explaining all this because it contradicts his distorted version of recent Turkish history.

All of the above is what enables Cook to end his long article with, again, an indirect insult aimed at an entire people and society:  Turkey never had a democracy, so what do those Turkish citizens know anyway about democracy?  Truly, Cook’s last sentence is worth printing here: “Turkey’s democracy has not been lost — there was no democracy for it to lose.”  In sheer factual terms this is an outright lie. For somebody who claims to be a scholar, it is a shameful blot that will not be easy to erase. It is also a grave insult for the entire Turkish people.  Think of all the last decade’s  interventions by non-political actors into Turkish politics — which the Turkish people have had to endure, and have opposed and struggled against. Think of all the elections — local, parliamentary, or presidential — through which they have openly stated and stood by their preference, however distasteful that choice may be to Western observers. Think of all the lives that have been lost or negatively affected, the economic damage incurred and the opportunities that were missed in consequence of the same interventions. It is brazenly callous for Cook to dismiss all that by claiming that no democracy remained to be endangered by the 15 July coup.

Though he should know better, Cook even tries to cover up his repugnant stance by glossing over the political context in which Turkey had to go to a snap 1st November election when a coalition couldn’t be formed in the wake of the 7th June election.  Overall, Cook’s frustrated, between-the-lines message is the same as in the previous two articles:  “Why were those officers so incompetent?”  And when other observers rightly, and calmly, pointed out the malevolence of Cook’s Atlantic article (3), his response has been to turn out tweets claiming (A) that his article was “misrepresented” because journalists are supposedly under “duress” in Turkey; (B) that the authors of a critical article lacked “courage” and put Cook in danger; and (C) that the critiques directed at him were “a shameful fabrication and misrepresentation of my work” (4).  Here, too, he is not being truthful. The article in question, which he tries to denigrate, is actually a fair summary of Cook’s article. Neither is Cook’s safety an issue. At the end of the day, Cook’s tweets are motivated by nothing but pique, I would judge.

This is the abysmal level to which one of the most prominent American commentators on Turkey has sunk. Turkey and Turkish citizens deserve better than this. At this point it is probably excessively optimistic to hope that Cook might achieve a deeper understanding of Turkish politics and society.  And if I were to maintain that hope I would be putting more faith in Cook — and faith that had far weaker justification– than he is willing to invest in the Turkish people.