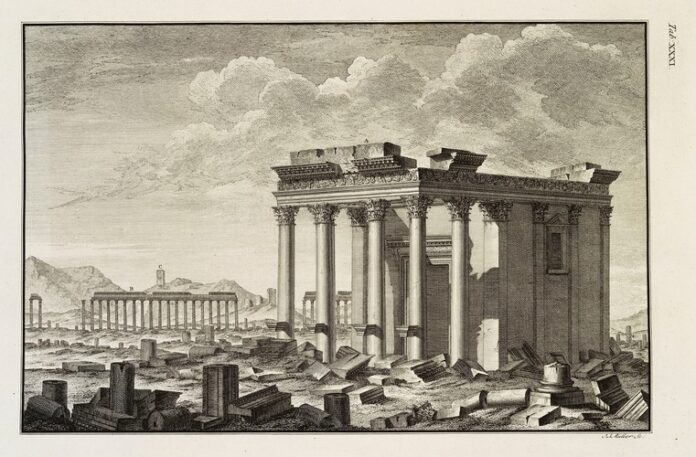 After a three-week break, I am returning to this series on “universal” museums and the issue of cultural restitution.

When we left off, I was talking about cabinets of curiosities as the precursor to museums. In terms of chronological development, we have now reached the seventeenth and eighteenth centuries. The first overseas empires had begun to flourish. Within the realm of the colonial project, curio collecting was followed by the acquisition of trophies, identified by European travelers as objects relating mostly to hunting and weaponry. While serving as tangible expressions of the impulse to penetrate, conquer, and dominate, they were simultaneously regarded as objects of natural history or ethnography.

The construction of objects in ethnographic contexts, prioritizing the scientific description and classification of peoples and their customs, contrasted the primary, metropolitan, and dominant West with the inferior, “primitive,” and exotic colonies — a way of defining the superior “Self” against a much less civilized “Other.” This impulse toward scientific classification and organization coincided with the introduction of two new disciplines: Antiquarianism and Archeology. Antiquarianism (from the Latin antiquaries, “pertaining to ancient times”) is broadly definable as a multi-disciplinary interest in the study of old and rare objects, produced by earlier peoples and civilizations, in order to get at the customs, art, and society behind them. It is not yet History, but it involves a groping search for History. Archaeology is the study of human activity through the recovery and analysis of material culture, involving surveying and excavating to uncover architecture and artefacts on or below the surface. In time, it was Antiquarianism that gave rise to Archeology as a much more rigorous, scientific discipline, and came to be replaced by it during the Enlightenment.

As approaches to categorization and periodization, Antiquarianism and Archeology interacted in opening up colonial or semi-colonial countries to non-military Western exploration. The earlier cabinets of curiosity had primarily sought to awe and inspire their viewers with their exoticism. Now the overriding ambition of collectors became the organization of knowledge. Taxonomies and assemblages, and the relationships forged between Europe and objects brought over from overseas, attested to a new process of creating meaning. The “Great Ages” theory used a developmental approach based on technology to identify the Stone Age, Bronze Age, and Iron Age. This way of looking at material evidence assumed continuous upward progress. Initially, and for a long time, such progress was regarded as unique to, indeed identical with, Western civilization. Hence it also became the root of primitivism — the notion that those who hadn’t reached the same stages as the West were essentially, intrinsically inferior. Learning and ideological prejudice went hand in hand. While it is now (almost universally) acknowledged that development doesn’t happen synchronically all over the world, at the time Antiquarianism and Archeology proved extremely valuable not only for accumulating immense knowledge, but also for disseminating racial theories of Western superiority.

Another product of the time was the learned society. This was an informal group, a circle, and eventually a formal organization specifically dedicated to the pursuit of knowledge. It was typically made up of noblemen and scholars who promoted collecting, discussion, and experimentation — including directly sponsoring excavations and the retrieval of artefacts from the colonies. Some of these societies got going as early as the sixteenth century, though better-known examples date from later years, such as the Royal Society in London (1660), the Academy of Sciences in Paris (1666), and the Society of Dilettanti (1734).

Members of such societies also gave rise to another tradition by taking part in the Grand Tour. This, in turn, was a long trip through Europe by upper-class young men of sufficient means and rank, which increasingly became customary as a marker of their coming of age. The Grand Tour flourished from about 1660 until the advent of large-scale rail transport in the 1840s, and served as an educational rite of passage. Though it was primarily associated with the British nobility and landed gentry, it also involved the wealthy youth of other northern Protestant nations. By the mid-eighteenth century, the Grand Tour had become a regular feature of aristocratic education in Central Europe, too. The primary value of the tour lay in exposing young men to the cultural legacy of Classical Antiquity and the Renaissance, as well as to the fashionably polite society of the continent. Less frivolously, it provided the only opportunity for many young scholars and artists to view various works of art and architecture. But thereby, they also provided a bedrock for Westerners to construct their sense of “Self” (and hence also their understanding of the “Other”) during a politically sensitive period of surging colonialism, imperialism, and the formation of national identity.

This was the beginning of a movement that, through the collections assembled and the promotion of their contents, contributed much to the formation of museums in the modern meaning of the term. European travelers spent more and more time in the Eastern Mediterranean world — the former Ottoman Empire. Not only did they bring back souvenirs and artefacts, but they also drew, wrote, and published their accounts; their publications became artefacts in themselves rather than passive windows into the past. A lot of early taxonomical and archeological work can be tied to these voyages, often undertaken by members of societies like the Dilettanti. Thus over 1749-1751 the antiquarians Robert Wood, John Bouverie, and James Dawkins undertook an expedition to the ancient sites of the Eastern Mediterranean which had hitherto been considered inaccessible to eighteenth-century tourists. Though Bouverie died in 1750, Wood and Dawkins continued to Syria and the Levant to visit the remains of Baalbek and Palmyra. Earlier antiquarian work had portrayed only the most picturesque views of such ancient sites. Wood went a step further, measuring and recording proportions of columns and fragments of friezes and ceilings (see the header image as well as below). This was a pioneering approach to antiquarianism, influencing not only antiquarians but also architects in Britain and France throughout the late-eighteenth century, as well as leading into early scientific archaeology. It became a generational phenomenon.

Yet another contemporary manifestation of the colonial project in Europe was the world fair. Such international exhibitions originated in the French tradition of national exhibitions. They culminated with the French Industrial Exposition of 1844 in Paris, which as its name reveals already embodied the impact of the industrial revolution. It was followed by other national exhibitions in continental Europe and the United Kingdom, and the best known “first World’s Fair” was held in 1851 in the Crystal Palace built for this purpose in Hyde Park, London.

The Great Exhibition, as it is often called, is regarded as the first international display of manufactured products, focusing on trade, and displaying technological inventions and innovations. A special subset of these fairs, known as colonial exhibitions, also came into play, initially with a view to boosting trade. From the 1870s, i.e. in the age of the New Imperialism, including especially the Scramble for Africa, such colonial exhibitions acquired the added aim of raising popular support for various imperial ventures. But a general world fair also had its fair share of colonial propaganda and special exhibitions. For instance, the Exposition Universelle of 1889, held in Paris from May 6 to October 31, featured, together with the Eiffel Tower, examples of “exotic” habitations and villages from around the world, including the Rue de Caire (Cairene Street), a Javanese village, and reconstructions of houses from other villages in Senegal and Benin, complete with their costumed residents.

In the eighteenth and especially the nineteenth centuries, world fairs and national exhibitions became ways for nations to display their wealth and advancement, with colonialism as a major corollary. The same hierarchies of power and wealth were then transferred to the museum setting. Objects collected from the colonies were, in time, transformed from exotic tokens to symbols of colonial accomplishment and justifications of Empire. Trophies, travel narratives and souvenirs, everything that was brought in by antiquarianism and archeology, as well as scholarly publications and scientific drawings, went further than simply representing the physically distant colonies in a tangible way. They also acted as living witnesses to the efficacy of the civilizing mission. Representing the directly physical, indisputably positive impact that the West was said to be having on the Rest, they allowed the government to muster public support for continued colonization against increasing disillusionment.

The next link in this chain of education and colonial/national self-legitimation would be the public museum.