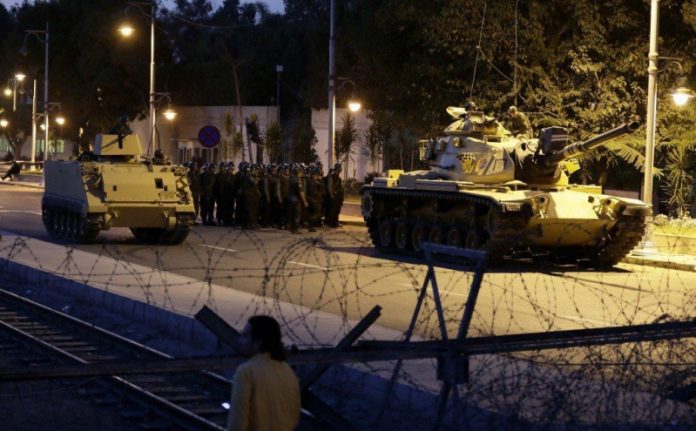 This inner/outer dialectic has fooled many (including well-known Turkey specialists like Erik Jan Zurcher, of whom more later). Hence I came up with a different view. I repeated it at a 4th August SETA panel in Ankara, and again on a 7th August late-night 24TV program. I am grateful to Scott Sherman for publishing my response in full, as well as permitting me to quote it below.

After 14 years of peaceful evolution under the AKP towards a more civilian, more democratic Turkey relatively free of the overweening tutelage of the military-bureaucratic establishment, what we experienced on July 15-16 was an armed attempt at counter-revolution.

It was spearheaded by an ominously significant number of divisional or brigadier (one-star and two-star) generals belonging to the Gulenist congregation, and imbued with a cultic belief in its founder, Fethullah Gulen, as the new mahdi of Islam.

This was their “inner ideology” that strongly bound them in their shadowy drive to conquer the machinery of state from the inside, though at the same time it was so bizarre as to be never capable of being publicly propagated or creating a mass following.

Neither could it serve as a platform for shaping a new, hitherto unseen Gulenist type of Islamic state. This is why the Gulenists have never had an explicit “outer ideology” or (apart from conquering power) a clear-cut political project.

Instead, even during the 24 or 36 hours of their abortive coup their best hope lay with attracting the old-style Kemalist (at least non-AKP) top ranks of the Army to their side. If they had succeeded even temporarily, as hinted by their fanatically brutal treatment of the top brass the night of July 15, they are likely to have launched a vicious wave of violence and bloodshed directed primarily at the government that would have been unimaginably worse than anything the government is now doing in a legitimate retaliation that is, unfortunately, much deprecated by the West. President Erdogan would have been murdered, as well as most ministers and the rest of the AKP leadership, plus the bulk of the pro-government media (I suspect that legitimist intellectuals like myself, unimportant though I am or we are, would not have been spared either).

If they had half-succeeded but failed to achieve complete control, civil war would have been the interim outcome. Eventually they would have aimed at restoring, together with their “real Kemalist” allies, the sort of authoritarian-modernist ancien régime, with perhaps a Myanmar-like Ataturkist facade, that might have been more to the West’s liking, though with themselves supremely ensconced in key controlling and further self-aggrandising positions.